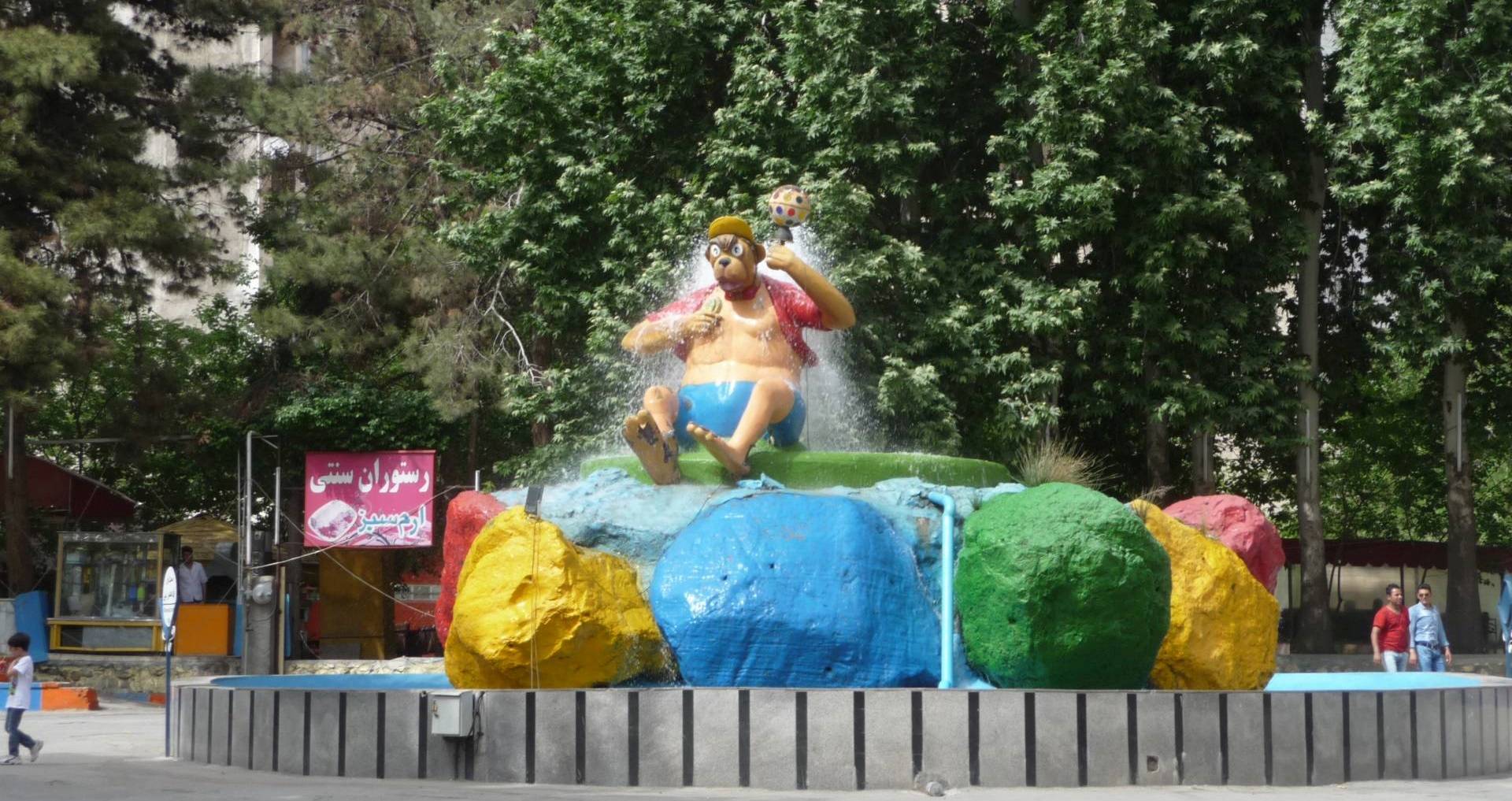 This week was as normal as the one before. Nothing happened during the school days. The only thing is, that I finally have internet, that is pretty fast. The second SIM card is from Irans most popular mobile company MTN-Irancell. My flatmates Frisco and Yang use it and have excellent speed when downloading – up to 1 Mbit/s (DSL 8000). 50 Gigabyte valid for 3 month cost around the same (~22EUR) as six months 9GB with 128kbit/s (DSL 1000) with my old company Rightel, so I bought this package.
On Wednesday (29.4) Frisco and me were invited for dinner at Joo Yang, our cool classmate from Korea. He’s in Iran for Samsung, but he only seem to have to learn Farsi and getting the normal salary plus bonus. So he has the most relaxed life. His apartment is twice as big as ours and situated in a very good good (but also boring) neighbourhood. In addition he rented a car as well, but it hasn’t been available yet.
However he made great food and later we drank together with one of his Korean friends and ate sweets. Since both of them wanted to go to Esfahan the next day, we went literally went back home at half past midnight. Since being a little drunk and not tired, I didn’t want to take a taxi. To our dorm the distance was about 11km and I wanted to see Tehran on a Friday – Iranian Friday, European Wednesday – night. Frisco was more drunk and not really into that idea, but didn’t want to take a taxi or bus alone.
But it was very sad. We walked along the longest street in the Middle East (Vali-e Asr) southbound, but apart from some families in a park at the beginning and people cleaning the pavement, we only met on other pedestrian: In conclusion Tehran went wild!
Welcome to Iran, where people needn’t party at their homes, but can happily enjoy life the night before weekend celebrating on the streets!
Otherwise the parks, even during the week, are well-filled until 1am with people, having a picnic or playing volleyball respectively badminton.

On Thursday I was invited at an event at the German Residence which is home for the ambassador and some employees of the German embassy. It was an event of the German Academic Exchange Service (DAAD), although this Service has nothing to do with my stay. Fortunately Tobias joined me, so I didn’t feel completely lost. I had been to other official events but they have been bigger; there the ambassador welcomed everyone in person by handshake.
After two short introduction speeches, snacks and drinks were served and then we talked in small groups (group photo). At 7pm the event was finished and we went home.
Since Saturday (2.5) was a national holiday, I thought about going to Esfahan. But I was tired and exhausted and I wanted to make my decision depending on Joo Yang. If he had a free place in the car when they went back on Friday, I would have taken the night bus. But they didn’t have a place, so I stayed in Tehran and enjoyed the evening on the roof top.

Because I didn’t go to Esfahan, I went to the western part of Tehran, to Ekbatan to Eram Park. There’s the zoo of Tehran and an amusement park. The entrance fee was 10.000 Rials and the park was full of families having barbecue. The amusement park on the other hand was kind of abandoned and empty. Every thing was out of service although the owners were around chatting with each other.
I didn’t spend much time in Eram Park. Basically I just walked around the fenced lake and then went back to the dorm again.

Camping near a hospital

This shop was open last week

Invitation for the event at the residence

The residence is a huge area, even with a tennis court

Speech of the ambassador