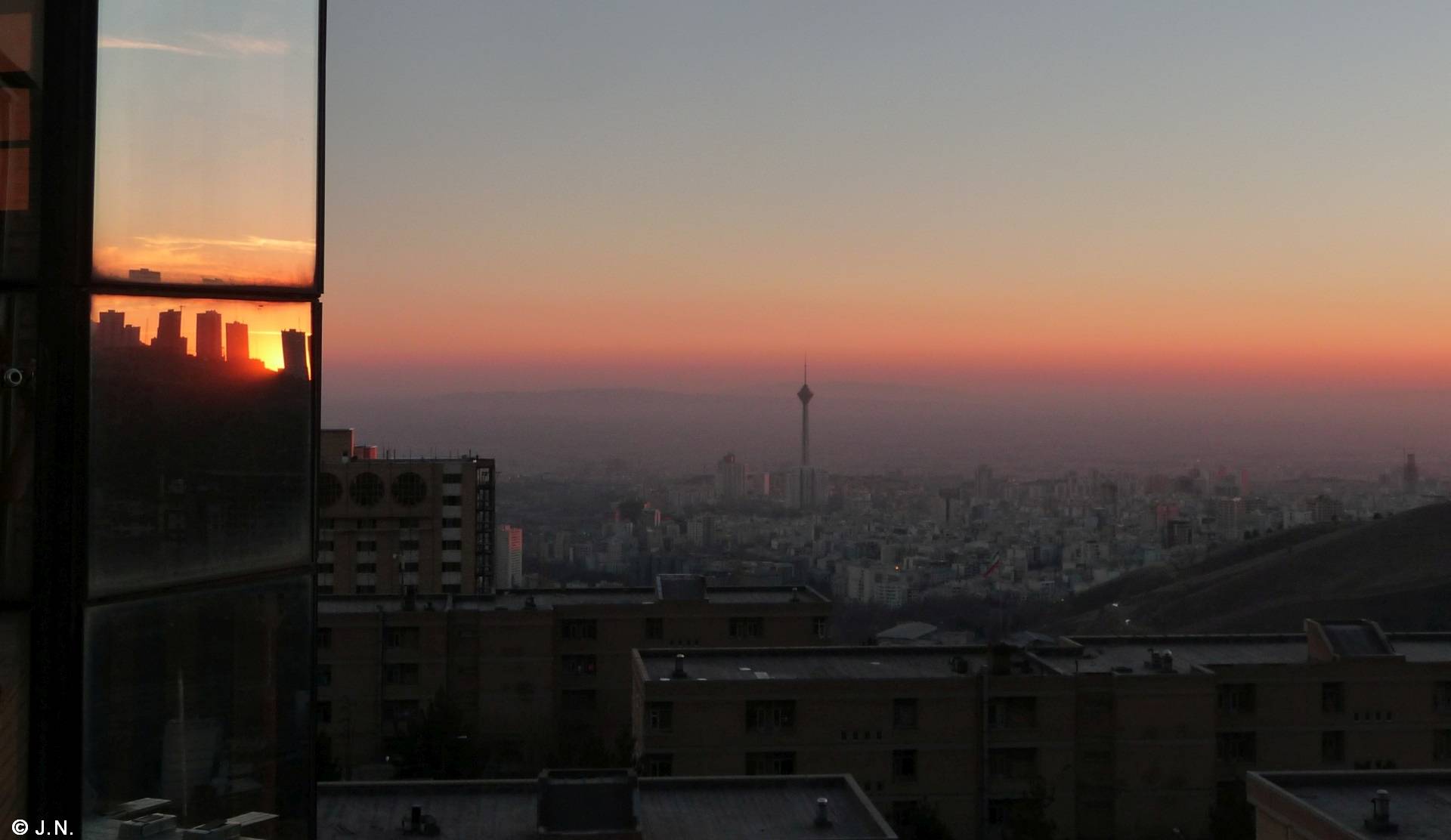 It was the first weekend during the official classes. Roman, Nilufar and me went to Darakeh by bus and taxi. The quarter is barely 1km as the crow flies (what a great expression by the way), but separated by a valley and private properties.
We went along a simple hiking trail, which was lined with shops. I didn’t like that fact at all. Hiking in my opinion is walking through rough, wild nature. I could stand a paved trail, but the line of shops went on for kilometres, though of course there were not all one after another.
Anyway in the beginning was a man with an instrument being a mixture of a guitar and a violin playing. He had a little speaker and his position was wisely chosen since the surrounding mountains created a full sound supported by echo. Since Germany has a very good reputation he was effusively happy that a German listened to his music and naturally wanted a photo.
After three hours the shops almost vanished and we went into a tea house and then returned. In total we were hiking for six hours and came home in time before it began raining cats and dogs.

At four in the morning a heavy thunderstorm passed over Tehran.
Initially I wanted to improve my vocabulary but in the end I mostly ended watching movies and doing homework.

Since my visa is only valid for 30 days, the language course is 42 days and I’m going to stay for about 50 days in Iran, my visa had to be extended.
I had to hand in my passport in the dormitory. Although it was already in their possession I was asked a couple of times to hand it in since I arrived. It mostly ended in a discussion after which they checked the safe and had to admit that I didn’t steal it in the meantime…It was strange.
When I wanted to get it for the visa extension they refused to give it back: It should be copied – again. I don’t know how many copies they already had, but apparently they were not enough.
I also used to new week to charge my mobile data plan, because the 1.5GB were finished quite fast. It costed 5 Euro.
After having done homework in the evening I ran my traditional running lap to Tochal cabin station.

I could finally apply for my visa extension. It will take about three weeks. Apart from cooking, nothing else happened.

The dormitory on the left