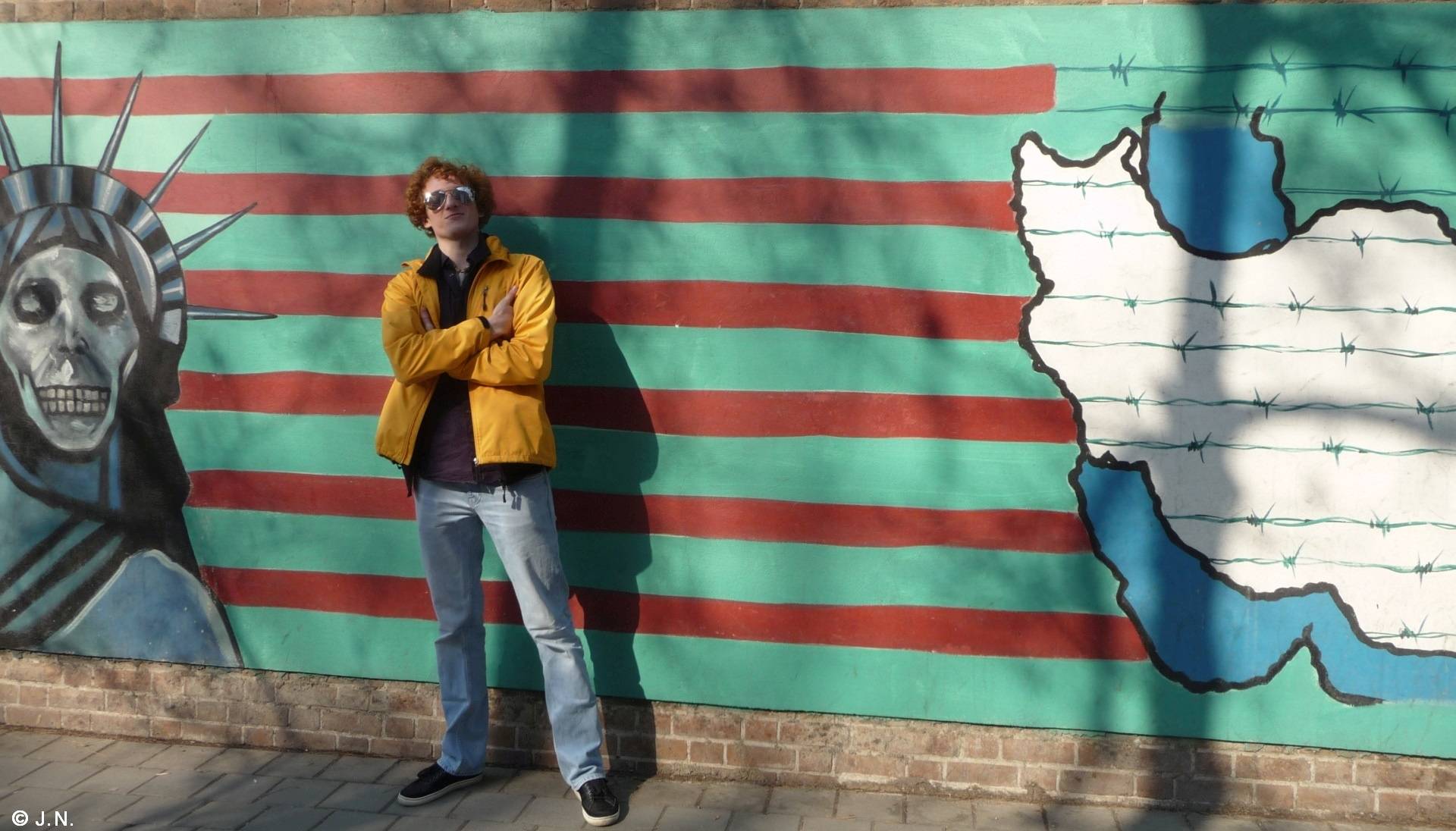 Together with Anahit, Zhihui and two other Russians (Zhenya and Alexander) I went to the former American embassy by metro to take some photos and visit the museum. It is open only one time a year: During a ten day period before revolution day (11th February). We were able to take photos, but the entrance fee of 7USD or 1 mio Rial (which is apparently 29USD) couldn’t be paid, since we didn’t have any dollars with us.
So we went eating and strolled around. First to a Zoroastrian temple, which was closed and then to an Armenian church. It was also closed due to renovation. So we continued, passed the Russian embassy which can be found on a gigantic park area.
Then we went to the Armenian Club, where alcohol can be consumed. Passing an art gallery, where a famous actress was present, too, we went to a shop where Zhihui bought a traditional Baluch (Baluchistan is the border region between Iran, Afghanistan and Pakistan, so a very safe area).

Tuesday was a boring day. I don’t know any more what I did. Everyday life stuff, I guess. Roman and I tried a new route to the dorm which led through a long park.

In the morning the smog dome that covers Tehran nearly daily was clearly visible.
After class I took the metro to the south east to an airport which I thought was unused. But I had to notice that on the contrary it is the base of the Iranian Airforce, so strolling around was not really possible.
In the evening I accepted being interviewed. I hadn’t had any information about it; it was supposed to be a project of Iranian students. The first question about us were masquerade and the main topic was Islam and violence. One of the questions was how our view of Islam changed, now being in Iran and how it has been beforehand. Me and a German female student were the only ones who participated.
In the end we should read A Letter 4 U of the religious Leader of the Islamic Republic Iran . I’m sure the film is used as propaganda material, but I cannot deny that I don’t totally disagree with the complete letter.
In addition we got a rose as thank you which is such a nice gift I would have said every propaganda sentence for. I’m really curious about the final documentary. Depending on the result, I’ll upload it.

Morning traffic on the way to the school; people sitting on a truck

Nobody is using the stairs to get to the metro

One of few graffiti in Tehran

Little Park to the dorm