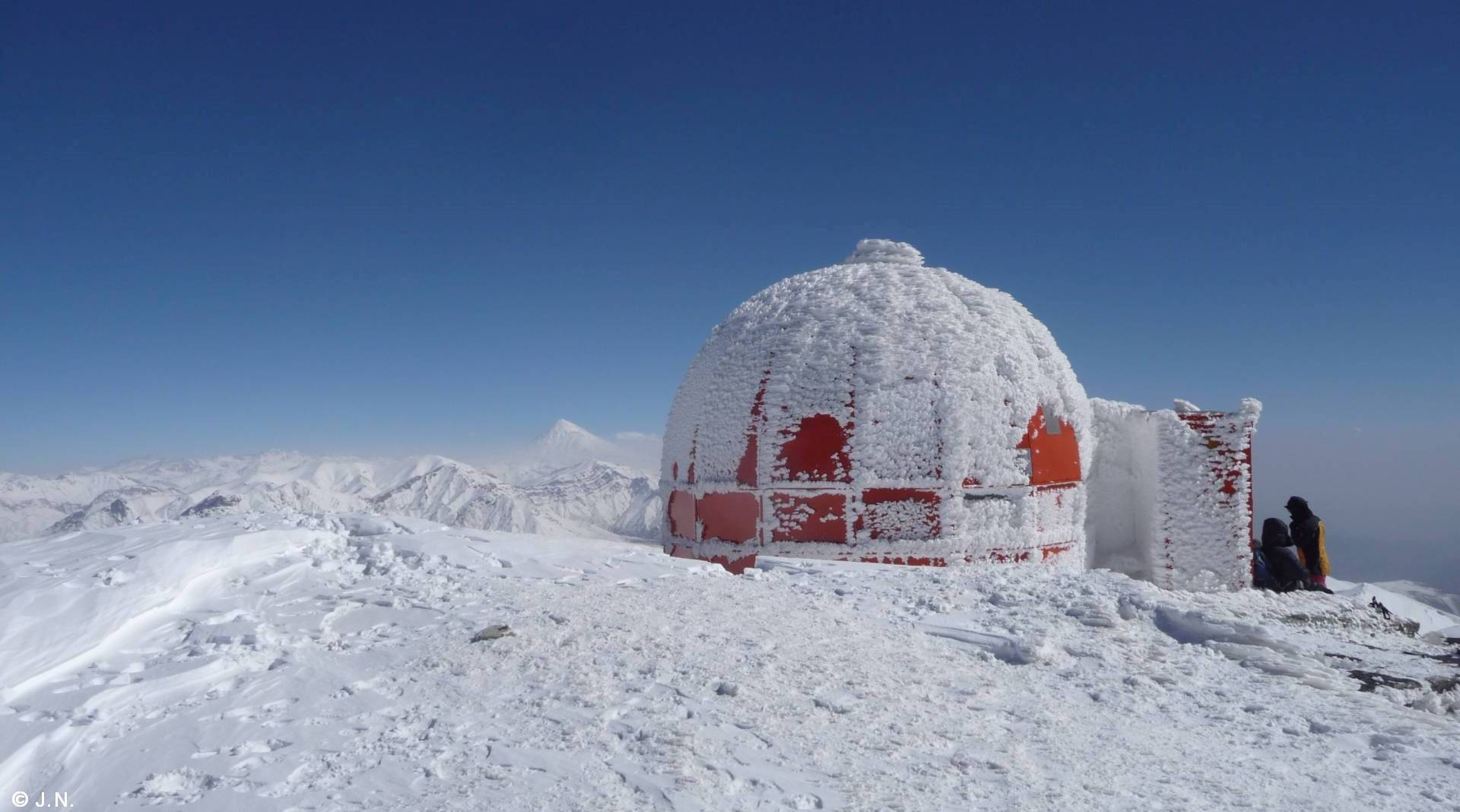 I did nothing and it rained nearly all day long. I only went outside once, to buy bread. It was a very productive day.

Since I didn’t have any idea what to do on the last day of the weekend, I decided to go on top of Tochal again. So I got up at 4.45am and chose the tour via Darband and not along the cabin.
This tour is steeper, so shorter on the map. That’s why it’s a bit more climbing than hiking and maybe more ambitious. Nevertheless the way is more beautiful than the first one. In addition it’s a really grand feeling to trudge all up through the snow and resisting strong winds (apparently 80km/h, 50mi/h), seeing the city below getting tinier and tinier and leaving other peaks below. I started to think that Norgay and Hillary may felt the same way when ascended Mount Everest. A little depressing could have been, that after each hilltop just another higher one is waiting.
The air pressure on the peak is at only 60% btw.
I didn’t stop anywhere for a long time. I arrived at the top at noon, after five hours. It’s one hour earlier than during the previous climb, whereas I started at 5.35am from the dorm, but began my initial hiking at 6.55am since I had to walk all the way to Darband via Tajrish, because there were no buses at this time.
I was shortly delayed by Mohammad, who absolutely wanted to talk to me, but was in a bad physical shape, so I was forced to stop all the time. But after some time I was alone again. Roman was away visiting a friend, that’s why he didn’t come.
I stopped at the peak to take some photos and then walked to the cabin station. It was not that easy because on the way the wind was really blowing strong and let me cool fast. The ride with the cabin was comfortable, although it was tiny. But I didn’t want to descend and the ride was only 6,50€. Having arrived at the bottom, I warmed my feet in the sun before going home to the dorm.
In the afternoon I didn’t relax but played football with my room-mate Arne and two other Germans (Thomas and Pascal). Of course soon after we started we were joined by Iranian students, so it became a fun match.

…at the first station